In this episode, Dexter is feeding experimental cookies to some of his lab rats to test them out. However, when Dee Dee eats one, she grows into a giantess and heads over to the city, making her think it's her own dollhouse. Dexter, using his mecha called the Robo-Dexo 2000, tries to revert Dee Dee to normal size.

After Dexter completes his latest invention, the Chemical X29, he decides to test on some rats and prepares them into cookies. Dee Dee quickly becomes aware of the delicious confections and makes her way to Dexter's room to eat them, but is quickly stopped, with Dexter warning her of their purpose. Dee Dee then dons on a rat costume and is able to trick Dexter into feeding her a cookie. She then grows extremely tall and goes on a "rampage" throughout the city with many believing her to be a "giant monster" due to her treating the city like her own doll collection. Dexter at first does not care, seeing this as an opportunity to spend some alone time, but as he watches the news report on the mass hysteria over the giant Dee Dee which even features a fearful plea for help from the President, Dexter begins to see himself as a world hero being thanked by world leaders, the science community, heavenly representatives and the very buxom Ms. Physics. This is enough to make him go out on the field and stop the "giant monster" with his Robo-Dexo 2000.

Upon confronting Dee Dee in the city, she quickly proves to be more than capable of outwitting Dexter, despite seeing his attempts to destroy her as a playful game. Dee Dee eventually damages the Robo-Dexo enough to force Dexter to eject himself from the cockpit, at which point Dee Dee is able to catch her tiny little brother and treat him like a dress-up doll, much to his mortification. Lucky for Dexter, he had invented an antidote cookie and was easily able to convince Dee Dee to eat it, turning her back to her normal size. But just as things seem to be going well for the two siblings, a real and hideous giant monster appears in the city who is none other than their Mom who had also managed to eat the X29 cookies Dexter had left out in the open. She then tells her two children to clean up their "mess" (the destroyed city), however Dexter is unable to cope with the situation and so passes out instantly while Dee Dee continues to savor the antidote cookie. 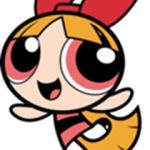