Picture Day is the first part of the 19th episode of Season 2 in Dexter's Laboratory, the episode first aired on November 19, 1997. In this episode, Dexter tries to make his face more handsome for his Picture Day photo.

It's picture day at Huber Elementary and Dexter must face the truth: he's not that photogenic. Using Dee Dee's teen magazine, Dexter tries to make himself more handsome for his school photo. 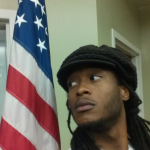