Paper Route Bout is the first part of the 3rd episode of season 2 that aired on March 4, 1998. In this episode, a group of bicycle delinquents dressed as ninjas vandalize a neighborhood, in addition to meddling Dee Dee's paper route. It is up to Dee Dee to stop them.

In the morning, Dee Dee rides around the neighborhood on her bicycle throwing newspapers to her friendly neighbors. She goes home and places the newspaper for Dad in front of the door, but the paper lands in the nearby puddle. Up the street, a Ninja bicycle clan rides into the neighborhood, throwing papers at people, other animals, and windows. The people spill their coffee as a result. Dee Dee watches as Dad gets hit by a newspaper and have coffee spilled all over him as a result.

Dee Dee travels through the neighborhood looking at the damage the Ninja clan inflicted. She then goes to find their hideout and chastises them for what they did. In retaliation, they hit Dee Dee in the face with multiple newspapers. Dee Dee heads back home injured and dazed. In the neighborhood, the residents complain about the Ninjas targeting them, their property, nightwear, and pets. Dad comes up with an idea on how to counter them. He suggests that the neighborhood attack the clan, but Dee Dee does not want any bloodshed on her hands or anyone else's, so Dad reluctantly agrees to a contest. He throws a note at the Ninjas' hideout for them to come back into the neighborhood and a contest commences.

The clan is mad at their fellow Ninja for losing the contest. As punishment, he is given a newspaper and whacks himself in the head with it. 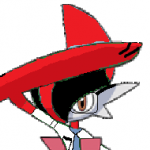