Dos Boot is the first part of the 7th episode of season 3 in Dexter's Laboratory, originally airing on June 7, 2002. In this episode, Mandark breaks into Dexter's Computer and gives it a virus, forcing Dexter to follow him inside and boot him out of cyberspace. Dee Dee, however, has other plans.

Mandark gets inside Dexter's computer system and creates a computer virus, so Dexter must follow him inside and kick him out from cyberspace. However, Dee Dee has other plans in mind.

Dexter is working on Computer when all of a sudden, she stops working and starts getting shut down. Computer has a virus and she dies on Dexter. Dexter needs to go inside of Computer to stop the virus and so he suits up in a suit and goes in there. When he does, he finds that everything seems to be going perfectly okay. Then he comes across a hole in Computer's binary patterning and it is revealed that it came from Mandark who is inside of his computer giving it a virus. Mandark explains how Dexter opened up a email that he sent to him carrying himself as a virus. When he got in there, he destroyed Computer's binary patterning and made her die. Dexter and Mandark get into a fight which Dexter wins, then all of a sudden everything falls apart and they both fall down and fond themselves on the home screen of Computer. Computer has come back to life, but they are stuck inside of there. Dee Dee then walks into the room and starts playing around with the computer. Dexter tries to get her to get them out, but she does not listen (mostly because despite his shouting, there is no sound). She makes girly pictures of them and prints them out and hangs them up on her wall. 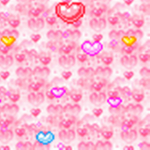