Dexter Is Dirty is the second part of the 14th episode from Season 2, which first aired on October 15, 1997. In this episode, Dexter laminates himself in order to avoid taking a bath following his lab work that leaves him dirty. However, while the lamination was a success, things for Dexter are more difficult as he is unable to walk or hold things properly.

Dexter is in his lab working on an isotope. It then explodes on him after Dexter pours the second isotope in, leaving him and the counter covered with goo. He then goes into a car wash-like machine and comes out clean. Dexter is then working on a tall rocket, and he pops his head out of the exhaust pipe and looks at the dirt on his gloves. A platform carries Dexter over to the washer/dryer, and he jumps into it. After the rinse cycle, a robot picks up Dexter and flaps him clean, followed with Dexter burping out soap bubbles.

Later, Dexter is working on the Robo-Dexo 2000. He connects two wires and gets a massive shock, leaving him covered in ash. Mom calls the kids down for lunch and inspects them for clean hands. Dee Dee's hands are clean, but Mom orders Dexter to go wash up. He does so, and later comes out to find that lunch is over. Frustrated and hungry, Dexter goes into the living room to watch The Puppet Pals. Mom orders him to take a bath, which he does so reluctantly. During his bath, Dee Dee gives Dexter his lab access card, which she drops into the bathwater. Dexter picks the card up and looks at the water sliding right off. He gets an idea and runs to the laboratory.

There, Dexter uses the Laminatrix to laminate himself. The test was a success, but things don't go so well for Dexter, as he uses two fans to blow him over to the work counter when he can't move. He tries working on his isotope, but ends up breaking a test tube, flask, and dropping a metallic pincher. Dee Dee leans in and tries to help Dexter with his problem, but instead uses him as a toboggan and they exit the lab via slide. Outside, Dee Dee flings Dexter into the living room, unintentionally causing him to make a huge mess. An angry Mom enters the room, and marches over to Dexter. Much to Dexter's surprise, Mom's anger melts to delight, as she notices that Dexter is so clean, ignoring the mess he made. She sweetly gives him a kiss on the cheek. Dexter turns his face to the screen, showing a red lipstick mark, which slides off. 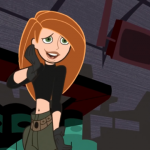 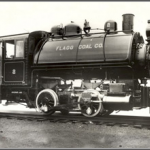