The Bird Ship is one of Dexter's many inventions. It was used in the episodes "Inflata Dee Dee" and "Rushmore Rumble". The ship was not named in either of the episodes that it appeared; however, years later an action figure of the ship was released with the name "Bird Ship."

In this episode, the Bird Ship is used by Dexter to try and capture Dee Dee, who is using Dexter's Hydroplasmatic Inflation Suit. He then launches out of the ship in a Bird Suit that resembles the ship's appearance. 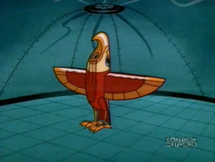 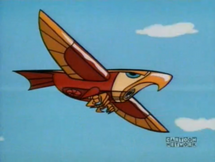 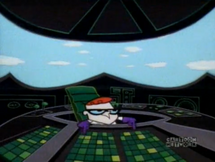 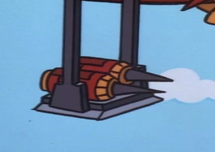 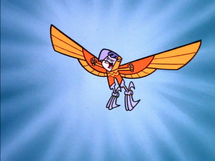 Retrieved from "https://dexterslab.fandom.com/wiki/Bird_Ship?oldid=23894"
Community content is available under CC-BY-SA unless otherwise noted.